Sergeant David Chambers was commissioned as a peace officer for the University of Texas Police Department (UTPD) in 2016. Close to a year later, UTPD developed an interest-based representation program to provide law enforcement connections and resources to specific groups. When approached by UTPD leadership to be the representative for the LGBTQIA+ community (lesbian, gay, bisexual, transgender, queer/questioning, intersex and asexual, plus allies), Chambers, who identifies as gay, agreed right away.

“The biggest need is to build trust in UTPD among the community and continue to improve on it,” Chambers said. “One way is through training our officers to be knowledgeable so that LGBTQIA+ individuals feel more comfortable coming to us. We need to interact with the community in an appropriate manner that the community wants and agrees to.”

To aid in this goal, Chambers led Transgender Awareness Training for UTPD officers in April. According to Chambers, this training is important because the transgender community is one of the least understood, and knowledge enables law enforcement to build trust by responding to situations in ways that are appropriate and reduce trauma for transgender individuals.

“For example, requirements such as getting their driver’s license changed can be extremely difficult for a transgender person,” Chambers said. “In some situations, the officer has to use the transgender person’s driver’s license, which in most states identifies the driver as either male or female. But, the gender shown on the license is not how the officer has to address the individual sitting in the driver’s seat. The officer can lessen the trauma.”

Among other topics in the two-hour training, Chambers included how to conduct a search appropriately and if an arrest is necessary, explain to the person what is and will be taking place. Chambers will conduct this training again in the future.

Training is not the only way Chambers represents the LGBTQIA+ community. Chambers is a member of the Queer and Trans Services Committee, a program of the university’s Gender and Sexuality Center (GSC) within the Division of Diversity and Community Engagement.

“Members of the committee bring concerns and get to know other people across campus,” Chambers said. “That way, they have a point of contact for anyone who asks them for help. I’ve been one of those points of contact myself.”

Gender and Sexuality Center Director Liz Elsen said that Chambers has been a helpful addition to the center’s Queer and Trans Services Committee.

“We have worked with him since he was hired by the Dean of Students Office in 2013 in Student Emergency Services, who we work closely with, and we continued our relationship with him when he transitioned to UTPD to be the LGBTQIA+ Liaison officer,” Elsen said. “Because of Chambers’ role at UTPD, he has access to information that the GSC doesn’t have, and he has helped the center advocate for more mental health resources for LGBTQIA+ students by identifying trends in collaboration with the Counseling and Mental Health Center and Student Emergency Services.

Elsen also noted that Chambers has advocated for more mental health training as well as LGBTQIA+ competency training for UTPD.

“Individuals can have a previously negative interaction with law enforcement, but if they need to contact law enforcement now, I want them to have the trust to contact UTPD,” Chambers said. “Give us a chance.” 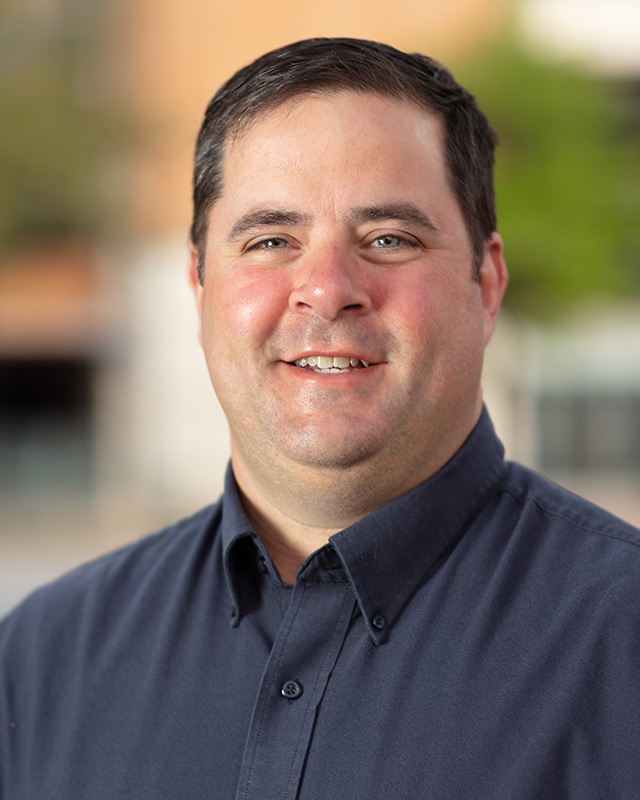