ITS Collaborates with Dell Medical School on Digital wallet concept

ITS and the Dell Medical School partnered together to implement a “Digital Identity Wallet” concept that would allow medical patients to choose how they share their personal information through a mobile device.

Based on prior collaboration with the City of Austin to test blockchain applications in healthcare, Dell Medical School principle investigator Anjum Kurshid, M.D., Ph.D., director of Data Integration and assistant professor in the Department of Population Health, received a  grant from the McCombs School of Business to support further blockchain research in the realm of patient care that eventually led to this collaboration with ITS. Simply explained, blockchain is a data structure that holds records—a blocks in a chain—that allows information sharing while ensuring security and transparency.

The grant provided funding for Ladd Hanson, enterprise architect in ITS Campus Solutions, to be brought on board to work with Dr. Kurshid as the lead in technical development of a mobile blockchain application that allows an individual’s digital information to be held securely and shared as the person chooses. Other collaborators included members of the UT School of Information, UT Electrical and Computer Engineering and Dell Medical School students.

Ladd explained that the purpose of the effort was to create and test a way for patients to hold and share their important credentials securely. In the first phase of the grant, Hanson developed a mobile application that he described as analogous to a digital wallet. Patients control their own wallet, sharing only what they want to share when they want to share it.

“The app is a digital identity wallet that enables patients to hold their credentials such as their driver’s license, legal documents such as consent forms, and insurance cards and other proof of ability to pay such as a credit card,” Hanson said.

Hanson noted that patients can share as much or as little of their digital wallet with a clinic in order to validate their credentials. The clinic can only read and validate the code of what is shared.

“The app is very secure while allowing for fast check-in,” Hanson said. “It provides ability for us as patients to preserve our privacy in new ways and to share only what we need and want to prove.”

In the first two phases of the grant, approximately 30 Dell Medical School students posed as patients, with each student taking on a specific persona. Ladd explained that in both phases the students visited two simulated clinics to test the digital wallet app. In the second phase, the scenarios became more complicated.

“The grant is in its third year, and each year the scenarios have become more sophisticated,” Hanson said. “We may start integrating in some real ways with a clinic.”

Hanson emphasized that he and the other technical staff involved in developing and testing the digital wallet app did not invent the technology of digital wallets. Under international standards, individuals can use code that others have developed and share code that they have created.

“I like that the standards are something we can contribute to and others can learn from,” Hanson said. “We were able to take advantage of recently ratified and emerging international standards for application.

Already, Hanson and colleagues in ITS Emerging Technologies and Architecture have begun looking at potential student uses of a digital wallet. Hanson offered the examples of a student’s digital wallet holding verifiable credentials for lab entry and use of lab equipment, transcripts for credentials, digital proof of completion of executive education certification programs and access to websites without having to use an EID and password.

“What was done with Dell Med is relevant to the whole university,” Hanson said.

Earlier this year, Hanson was recognized for his digital wallet work with Khurshid’s team by the Texas Association of State Systems for Computing and Communications. 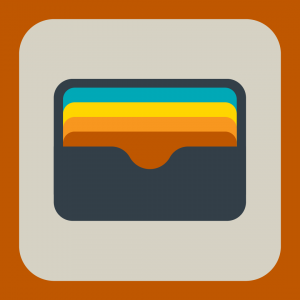