According to Bob Bursey, executive and artistic director for Texas Performing Arts, facilities such as the university’s Bass Concert Hall, built in 1981, require ongoing investment to meet the expectations of artists and audiences.

“Cultural facilities should provide audiences with a safe, comfortable and accessible experience so that they can focus their attention on what the artists are doing onstage,” Bursey said.

Starting in 2019, such an investment was launched when Project Management and Construction Services (PMCS) started working with Bursey and Scott Bussey, technical director for the Department of Theatre and Dance, as well as architects and audio/visual and theater planning consultants to renovate the interior. The renovation began in March 2020, while the Hall was closed to the public due to the COVID-19 pandemic.

PMCS Project Manager Andrijana Vukovich assisted with developing the project scope, establishing communication among Texas Performing Arts and other members of the PMCS team, and tracking the project budget and schedule.

“My role was ultimately to ensure that our clients received the product they are content with and that the project was successfully delivered while also following university policy and standards,” Vukovich said.

Vukovich explained that initial discussion about the renovation focused on bringing the two balconies in the theater up to the same level of finish as the orchestra, which was renovated in 2012.

“As the project developed further, we began to center more on improving the patrons’ experience in the theater, and specifically in the balconies,” Vukovich said. “Our clients wanted their visitors to enjoy the showings in new, comfortable chairs with unobstructed views of the stage. That focus led us down the path of redesigning the balconies and shifting each seat to optimize its location and the view to the stage.”

Bursey noted that the balcony seats were 40 years old, dating back to the original 1981 construction.

“Audience members had a difference experience depending on where they sat,” Bursey said. “A lot of work with architects, PMCS and visual consultants went into placing the seats to create a more equitable guest experience across the Hall.”

Bursey explained that Bass Concert Hall is Austin’s largest theater, with 2,913 seats. Thanks to the care taken with the renovation, the original number of seats were preserved.

The project had additional components, Vukovich said. These included improving lighting levels in the balconies and the orchestra, moving the sound booth formerly located on the 4th floor balcony back to its initial location in the orchestra level and re-carpeting all lobby areas.

“When we first started talking about this project, it seemed that it would be a simple, straightforward cosmetic renovation,” Vukovich said. “But as we started to explore what our clients wanted done and how we were going to go about meeting their goals, the project became increasingly challenging and complex. To improve sightlines to the stage, it was necessary to raise the left and right sides of the balconies by building new platforms and raising the balcony edges, and creating new elevations.”

Bursey agreed that the project had significant challenges. For example, work could not be done while performances were taking place, which is why the decision was made to start renovation in March 2020. Due to the brief window available, the project had to be accelerated and required 20,000 work hours to complete.

The project had no instances of COVID-19 reported among its workers, Bursey said. But there were other challenges such as supply chain delays due to the pandemic and the winter storm. Plus, the building was occupied by staff, which was another aspect of planning and preparation for the construction. Nevertheless, the June 2021 deadline for completion was met.

Vukovich noted that numerous individuals and groups within PMCS and other departments in the FAS portfolio were involved with the project, especially on the front end, starting with PMCS Contracts. Contract Manager Trina Bickford and Contract Specialist Cynthia Rangel worked on issuing the bid package. PMCS Director Mike Carmagnola and Assistant Director Jill Stewart helped guide the process of contracting and obtaining necessary signatures. Stewart and Arts and Entertainment Team Lead Linda Tsai resolved some of the challenges during construction, and Felix Galaviz served as construction inspector.

“We worked with PTS to obtain parking permits and locate dumpsters, as well as with different Facilities Services Zones to turn off fire alarms, coordinate outages and change out and replace the HVAC filters,” Vukovich said.

Now, Bass Concert Hall is ready to shine when it opens for the renowned hit STOMP, coming to the theater on Aug. 28 and 29. 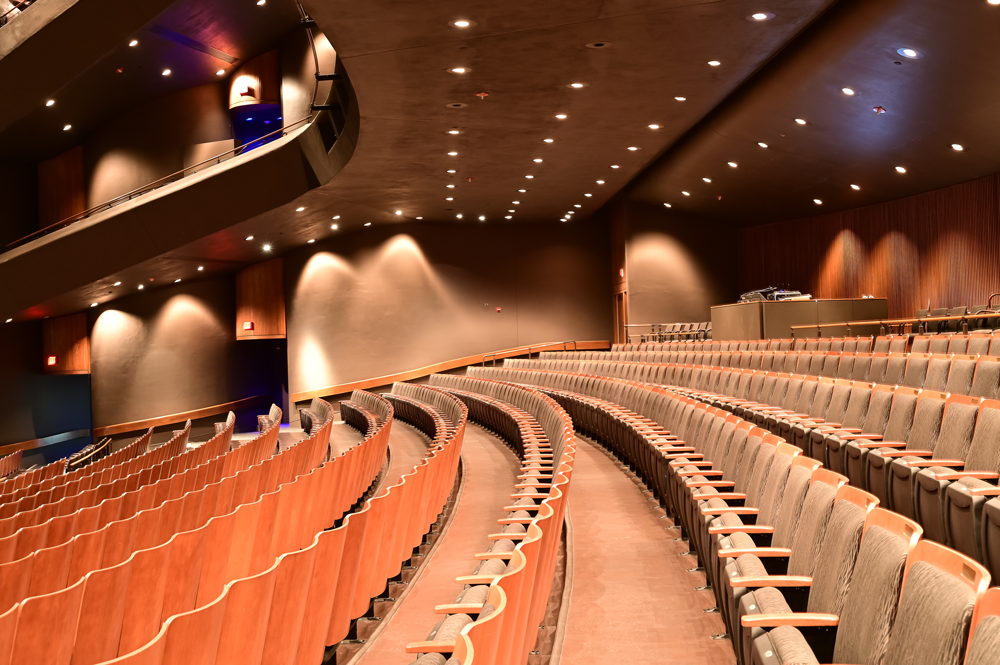 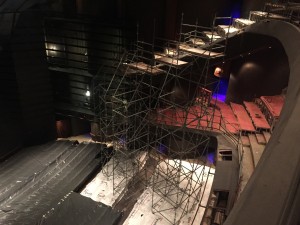